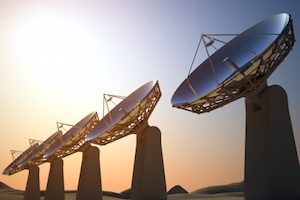 Over the next few years the aviation industry will see innovative solutions deployed to address airspace congestion and inefficiencies in the system that pose safety hazards, and cause unnecessary delays. If implemented properly, the changes will be almost invisible to many pilots, while other upgrades will introduce functionality and capabilities that are so dramatic, we’ll all wonder why the new equipment and seamless integration wasn’t added sooner. One of those things on the horizon is a switch from radio-based flight management protocol to a satellite system. Our Avaya Call Routing system will continue to support this satellite system.

As we prepare for the upcoming changes that the FAA calls the Next Generation Air Traffic System (NextGen), some are wondering how significantly traditional voice communication systems will change on the ground.

The recent incident at the Ft. Lauderdale airport is a prime example of how air traffic control responsibilities shift during a crisis. By all accounts, the tower personnel did a phenomenal job of getting planes low on fuel quickly on the ground or diverted to nearby airports. However, satellite-based management would allow GPS guided decisions, which could make the process even safer and more efficient.

The airport, emergency call centers and local law enforcement were inundated with calls reporting the incident and requesting information. With capabilities like Avaya call routing, managing the volume of calls gives administrators powerful tools to facilitate rapid response. For example, remote access allows administrators to establish or modify user permissions. Management can set system parameters that enable call forwarding and determine which operators can place priority calls. This could be a valuable tool when law enforcement blocks entrance and egress to an airport, as was the case in Florida, while securing the scene, making it difficult, or impossible, for key personnel to make necessary changes on site.

Beyond simply answering incoming calls with Avaya call routing technology, the system tracks calls placed to predefined emergency numbers. Internal communications management alerts can be configured to recognize any numerical combination as a request for assistance. When dialed, the telephone displays the name and number of the agent who dialed the call. This provides information necessary to locate and respond to a fluid situation rapidly, whether the call originates in baggage areas, the air traffic control tower or flight crew lounge.

In an evolving crisis, it is imperative that all incoming call data is preserved. While there are no indications that the shooter in the Ft. Lauderdale situation called anyone during his rampage, many terrorists and assailants do. The Orlando shooter responsible for 49 deaths at the Pulse Nightclub called 9-1-1 repeatedly before identifying himself. Routing calls to a line with voice capturing capability creates a permanent record for analysis, if necessary.

Preparing for the Transition

If you aren’t sure if your system is capable of handling an unexpected crisis, contact an ATIS Digital Avaya technical support member to discuss options.