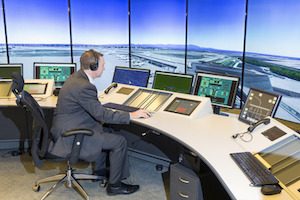 Privatizing the United States air traffic control operations may move closer to becoming a reality in 2017 – something most airline companies and other industry leaders have been pushing for a long time. Proponents of shifting away from government control introduced a bill last year that the incoming president has expressed a willingness to carefully consider. Rep. Bill Shuster (R-PA), who helped draft the legislation, sees the long overdue shift to satellite-based air traffic management as the solution to lower costs for operators, while making air traffic safer and more efficient for all stakeholders. Whether global air travel is privately run or government controlled, call center voice recording technology will still be necessary to ensure control tower staff are fully trained and conversations are documented for use during incident reconstruction and post-accident information gathering, although we can expect technology behind those activities to continue to evolve as more agencies embrace cloud storage to supplement or replace paper systems.

Managing airspace is a global challenge that deserves modern solutions. Supporters for privatizing air traffic control claim that it is time to address long delays and inefficiencies in an aging airspace network that doesn’t fully utilize modern aviation technology. UK-based NATS projects delays will exponentially increase from the current 90,000 minutes a year to approximately 4 million in the next 15 years unless the United Kingdom government invests in modernization by replacing outdated airspace technology by switching to satellite-based control. In the United States the federal government has a history of moving at a snail’s pace when it comes to updating national infrastructure. For example, New York City just completed a subway upgrade that was originally approved in 1929. A revamping of the system similar to the innovative changes that transformed call center voice recording technology from simple recording devices to systems that capture conversations and enable digital archiving and instant sharing via cloud-based technology, will help modernize our airspace management strategies. The time to act is now if we want to avoid problems in the future.

People who oppose some aspects of the Shuster bill, such as “taxing” private citizens to fund the aviation industry and turning over billions of dollars in industry assets to private corporations without any monetary compensation, still agree that satellite-based control is the perhaps the only viable answer for addressing future needs. Rep. Peter DeFazio (D-Oregon) has concerns about allowing a non-government agency, even a not-for-profit corporation, to assume full control of routes, schedules and slots. Some aircraft operators are concerned a fee-based system would result in more of the financial burden falling on them than the airlines.

While the privatization debate continues, all agree changes are necessary to serve private and public sectors. We believe that advanced call center voice recording technology will continue to play a vital role in modernizing our national infrastructure. ATIS Digital is committed to deliver low price-point solutions for the aviation industry today. Our full portfolio of customizable hardware and software empowers organizations to capture and archive vital conversations in a secure environment. Call our US Headquarters in Alpharetta, GA today to discuss call center voice recording technology options for your organization.