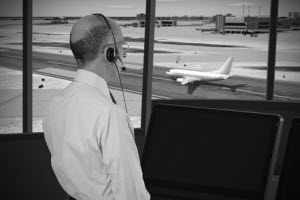 The Federal Aviation Administration (FAA) is moving forward on their laudable goal toward full implementation of their NextGen air transportation program. In the past couple of years, airports in major transportation hubs like LA and New York have willing embraced the pilot to control tower text technology, serving as a proving ground. There are indications that full adoption won’t necessarily happen by the 2019 target date. For example, even airports that were intentionally designed to accommodate NextGEN changes, like the ones in San Francisco and Las Vegas, recently invested in renovations to make sure their facilities included traditional paper-tracking functionality and adequate storage space. What does all this mean for air traffic control recordings and the future?

Building a Communication System for the Future

Tower-to-pilot communication isn’t the only change coming down the pike for flight deck personnel. But, it is a significant change for controllers and cockpit crews. Some experts have cautioned that while text communication can significantly reduce errors caused by diverse accents, language barriers and signal issues, text alone has its own set of challenges.

Unlike the way control tower personnel and pilots communicate now, via radio and satellite broadcasts of instructions and confirmation, texting technology requires concentration on a screen. This means pilots must take their eyes of the dashboard or the view out windows, to receive and respond to messages. Some studies suggest text, with supporting synthesized speech to verbally delivery messages, would eliminate or curtail head-down time, making communication more efficient and safer. The media for air traffic control recordings files may change. However, records of all messages will still have to be maintained electronically, in archived audio files or in paper-based storage lockers.

Smaller airports primarily serving single-pilot and non-commercial aviation customers may face financial hurdles converting to a totally digital communication system. The bottom line is, the FFA is moving forward with their implementation schedule, and everyone in the aviation industry has a vested interest in keeping up with the successes and failures over the next two years.

Air traffic control recordings – telephone, text/chat, radio conversations – play a vital role in the aviation environment. Text may reduce delays on the tarmac, but they will not totally replace the need for capturing spoken conversations. Voice recordings are excellent training tools. When speech is examined after an incident, tone and voice patterns provide clues about the speaker’s emotional and physical status, and ambient noises often provide investigators valuable information about the what happened in the tower and the cockpit.

Managing today, while looking toward the future means you build a control tower communications network that supports in-house training, investigative activities and compliance monitoring. Contact an ATIS Digital tech specialist to discuss cost effective solutions that are responsive, scalable and capable of confirming to industry standards.