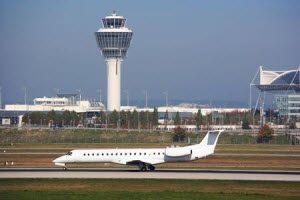 Reviewing the transcripts of recorded air traffic control conversations gives investigators a better understanding of the sequence of events that preceded an in-flight incident. The review process examines radar segments in conjunction with related ATC voice files. It provides an in-depth view of what key personnel saw, said and did at every stage of a flight from departure gate to destination gate.

Let’s underscore the critical role voice, text and image recording devices play in aviation. Just consider these two examples. Two Northwest Airlines pilots overshot their Minneapolis destination by 150 miles and failed to respond to the tower for more than an hour. Transcripts clearly show that tower personnel did not follow FAA instructions. After 9/11, the FAA set policy requiring air traffic control to notify the military anytime communication with in-flight vessels was lost for more than five to ten minutes. After a thorough review of the incident, the FAA said such protracted delays were “unacceptable.” They then promised to work toward strengthening the process for notifying the military sooner.

In that instance, the tower crew never contacted the military about the lengthy communication break in 2009. Another time, two Hungarian fighter jets recently intercepted a British Airways plane in route to Heathrow. The crew failed to notify the tower when they crossed into their nation’s airspace. In both instances, air traffic control conversations and actions played key roles in the way the situations developed.

If supervisors had monitored the tower traffic during that October day in 2009, the military would likely have been notified sooner. Reestablishing contact may have required expending fewer resources as well. The result would be less stress on the operators manning the stations.

Deploying Best-fit Technology for Every Organization

Every airport and aviation call center is unique. Each has its own set of communication challenges. Deploying the right technology with the right training and support is vital to ensure safe air travel. It’s crucial to use a system that can access recording of air traffic control conversations from anywhere, any time. That sort of system empowers supervisors to lead their team during a crisis and initiate training programs that strengthen compliance and efficiency.

Finding a system with multi-channel functionality and advanced features within budget isn’t always easy. ATIS offers advanced air traffic control conversations recording and monitoring technology. Plus, our superior training team understands the nuances of running an aeronautical organization. Contact us today to discuss how we can help you implement a rigorous training program with call capture devices.